I remember I visited my best friend in England a few years ago and she took me out for a traditional Sunday Dinner: tender roast beef, flavourful gravy, spicy horseradish, peas, potatoes and, of course, yorkshire pudding. It was golden and fluffy, soft and absolutely amazing to soak up all the juices. A few years later I had them again at a Chinese Buffet of all places. I love those little pillowy bread-like puffs. Yet, I don’t make them that often. They aren’t difficult to make either, it’s just the step of pre-heating the pan with the butter is always stopping me. I am always worried that I’ll burn the butter or spill it. So, when I saw a recipe for Popovers in one of Joanne Fluke’s murder mystery books that did not have that step, I thought that I should try it. The recipe starts with a very basic batter, but the muffin pan is not preheated in the oven and there’s no butter in it either.

I wasn’t sure what to expect the first time I made them. I followed the recipe exactly and although the popovers turned out pretty well, they weren’t as great as I would have hoped. I made the same recipe again and just changed one tiny bit in the technique and they turned out great! Yes, without all the butter they aren’t as scrumptious, but they are still pretty amazing and I don’t feel guilty eating more than one! 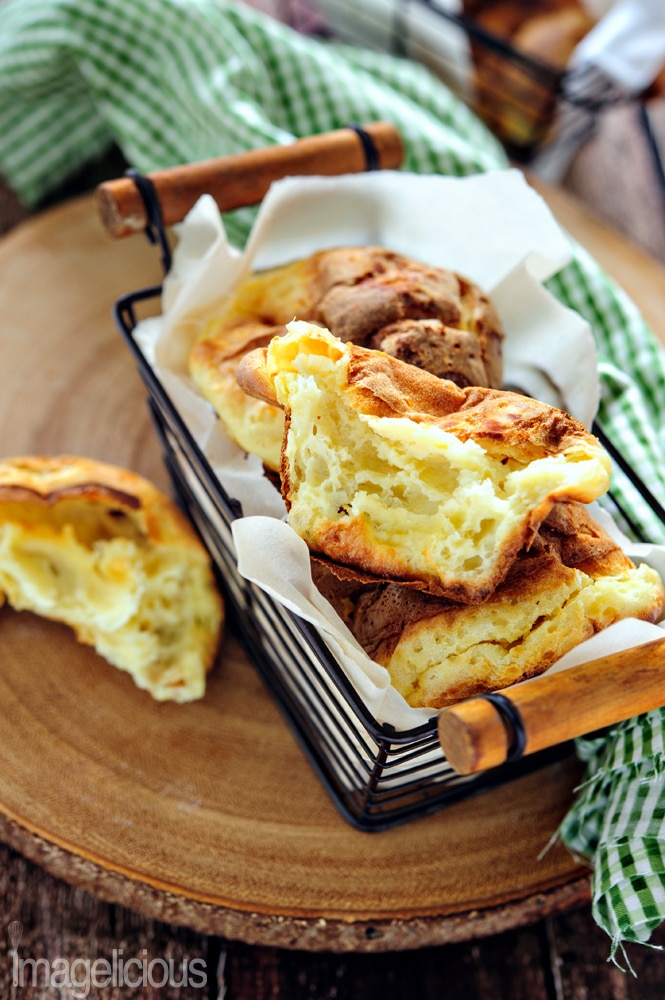 – Original recipe said that lumps are good in the batter and that’s how I made it it the first time. Unfortunately, when popovers came out of the oven, those lumps were still lumps. So, second time I decided to fully blend the batter and it turned out perfect.