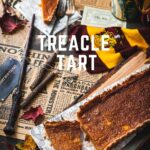 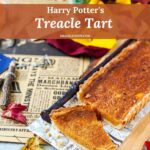 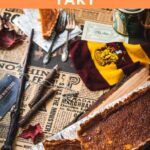 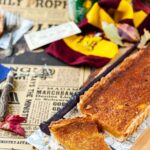 Treacle Tart is delicious, sweet, and very rich. It is surprisingly easy to make. It has a custard-like soft and caramel filling and delicious pastry. It is Harry Potter’s favourite dessert and it’ll become yours also.

This post contains amazon affiliate links which means if you make a purchase after clicking one of those links, I will receive a small commission. As an Amazon Associate I earn from qualifying purchases.

I want to acknowledge that there’s a controversy in regards to J.K. Rowling. I’m not going to comment on that. However, I very strongly believe that her works can (and should) be treated completely separately from her. There’s no need to not enjoy Harry Potter and the wonderful and magical world that was created. If you’d like to skip my musings and go directly to the recipe, click Jump to Recipe.

I love, love, love Harry Potter series and I am not ashamed to admit it. There’s something about this universe that J.K. Rowling created that captured my mind and my heart.

I still remember the first time I was introduced to the world of Harry Potter in 2001. My boyfriend at the time and I went to the movies to see the first film. That was before all the social media, IMDB, smartphones, and the widespread use of Internet. I knew exactly nothing about the movie.

I lost myself during that viewing: from the moment the music started and until the last scene on the train, I was somewhere else. I remember thinking to myself: “I don’t want this movie to ever end. I don’t want it to end.” That obsession never ended for me.

I didn’t know that the movie was based on the books. I didn’t even know there would be more films. A year later, my heart was skipping a beat waiting to see the second movie in the theatre. And yes, I was already in my 20s when the movies came out.

The magic pulled me in and now, 20 years later, I am still a big Harry Potter fan. I read and listened to the books numerous times. I react to all the adventures differently depending on where I am in life.

In my late-20s, just as my previous relationship was breaking up, I cried when Snape’s true nature and love for Lily was revealed. In my mid-30s, while cradling my newborn daughter, I cried as Molly cried over the body of her son, Fred.

Yet, I only read the series for the first time just as the last book was published. I was surprised that the food was actually a prominent subject in the books. Starting from the first time when Harry met Hagrid and they had sizzling, plump, juicy, and slightly burnt sausages. To all the descriptions of Hogwarts feasts.

And then there are desserts.

“When everyone had eaten as much as they could, the remains of the food faded from the plates leaving them sparkling clean as before. A moment later the puddings appeared. Blocks of ice cream in every flavour you could think of, apple pies, treacle tarts, chocolate eclair and jam doughnuts, trifle, strawberries, jelly, rice pudding…” – J.K. Rowling, “Harry Potter and the Philosopher’s Stone”

I am not too familiar with British cuisine, so the first time I read about Treacle Tart I didn’t think too much about it. But it is Harry’s favourite dessert and when I saw a recipe for a Treacle Tart in one of my books (Caramel by Trish Deseine), I knew I had to try it.

It’s been over a decade since I made Treacle Tart for the first time. Since then, I heavily changed the recipe to my taste. I used completely different dough. I also changed the filling a bit. I don’t make this tart often, as it is really rich but it is a wonderful treat for tea. Especially when it’s gloomy outside. 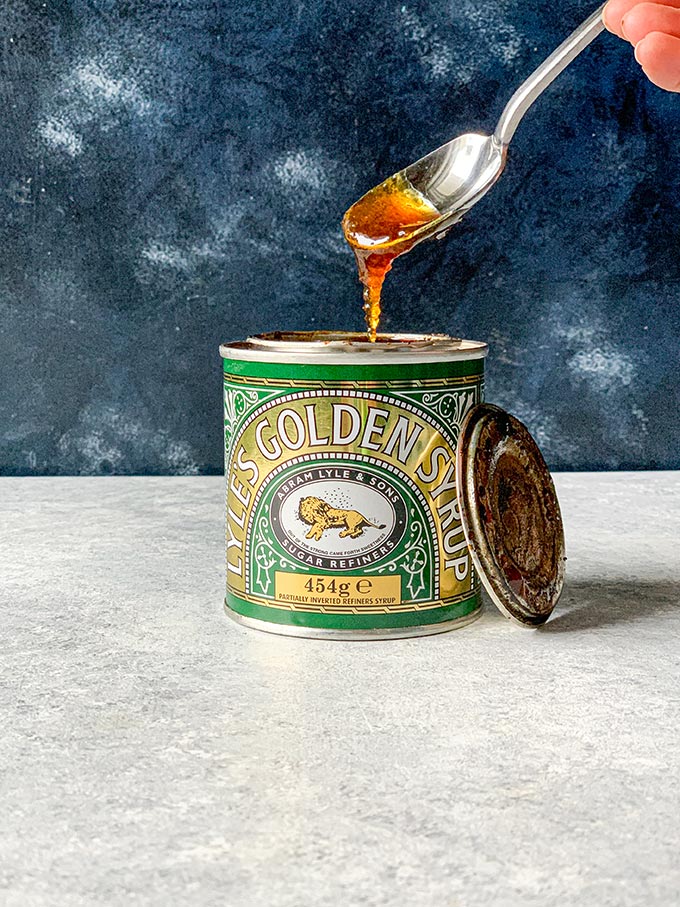 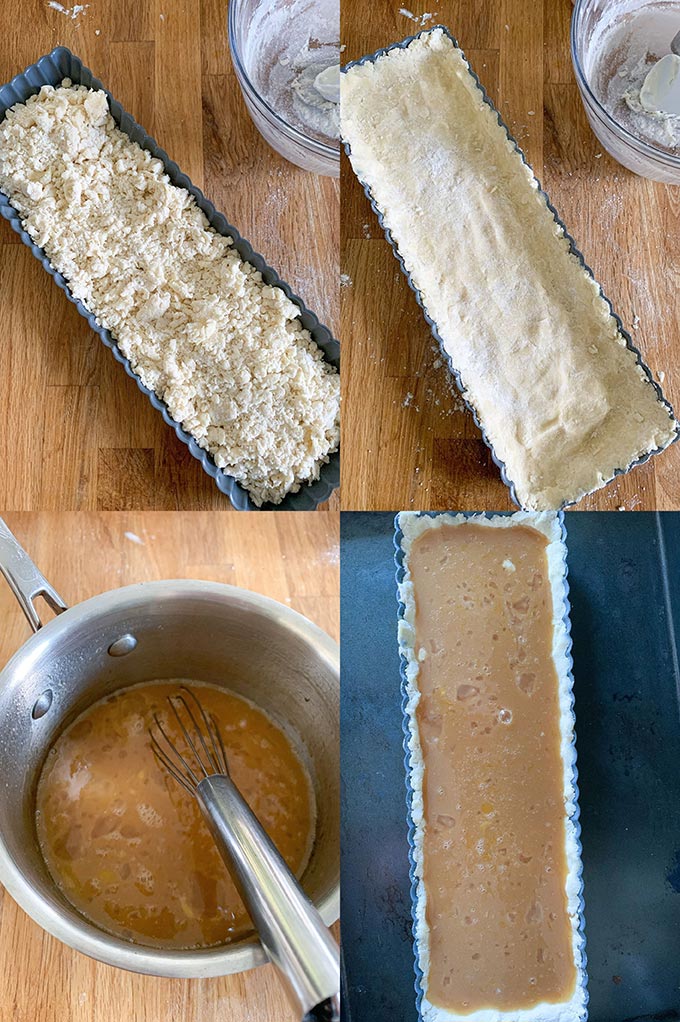 How to make Treacle Tart

It may sound complicated but it actually isn’t. I updated the dough to be really easy, so you just mix everything together. The filling also comes together in a matter of minutes. 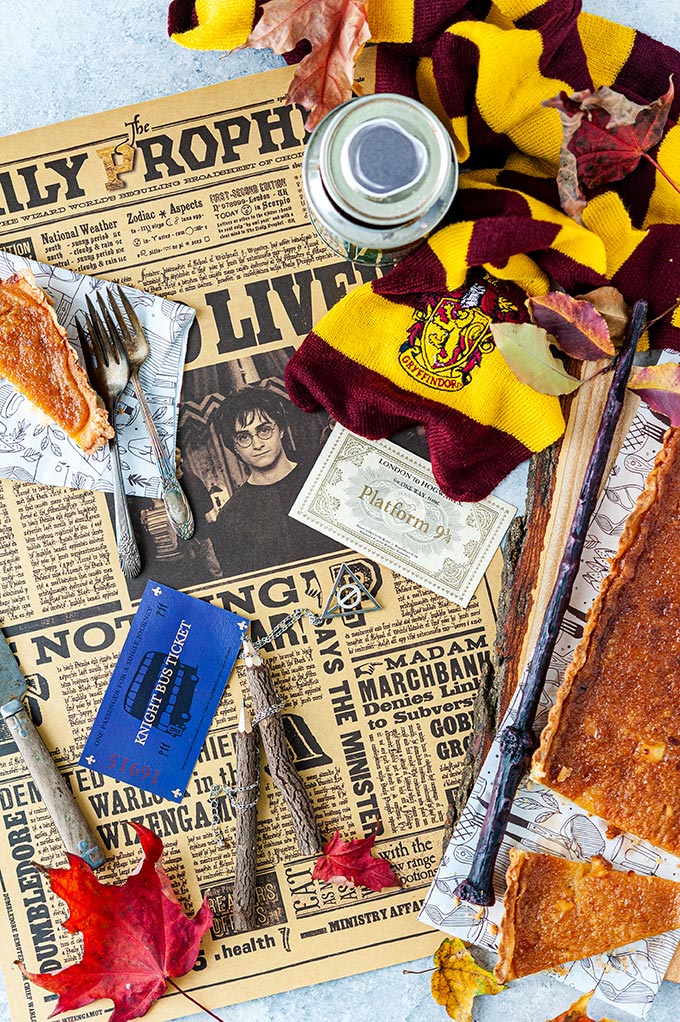 Questions and answers about Treacle Tart

What is Golden Syrup?

Golden Syrup is actually where the Treacle Tart gets its name. It is a Light Treacle. It is basically a caramel-coloured sugar syrup. You can read a lot more about it.

Where can I buy Golden Syrup?

Lyle’s Golden Syrup is the most famous brand. You can buy it on Amazon. In Canada, it is often sold in small independent stores or farmers market kiosks that carry UK-based products. I have even seen it at Bulk Barn.

Can I substitute Golden Syrup with something?

I use half Golden Syrup and half Maple Syrup usually. You most likely could use all maple syrup but note that the flavour will be very intensely maple. Still delicious, but not really Treacle Tart. More like a Maple Tart.

You could also use Corn Syrup but I’m not a big fan of corn syrup flavour, so I can’t attest to how it’ll turn out.

Can I omit ricotta and sour cream in the dough? 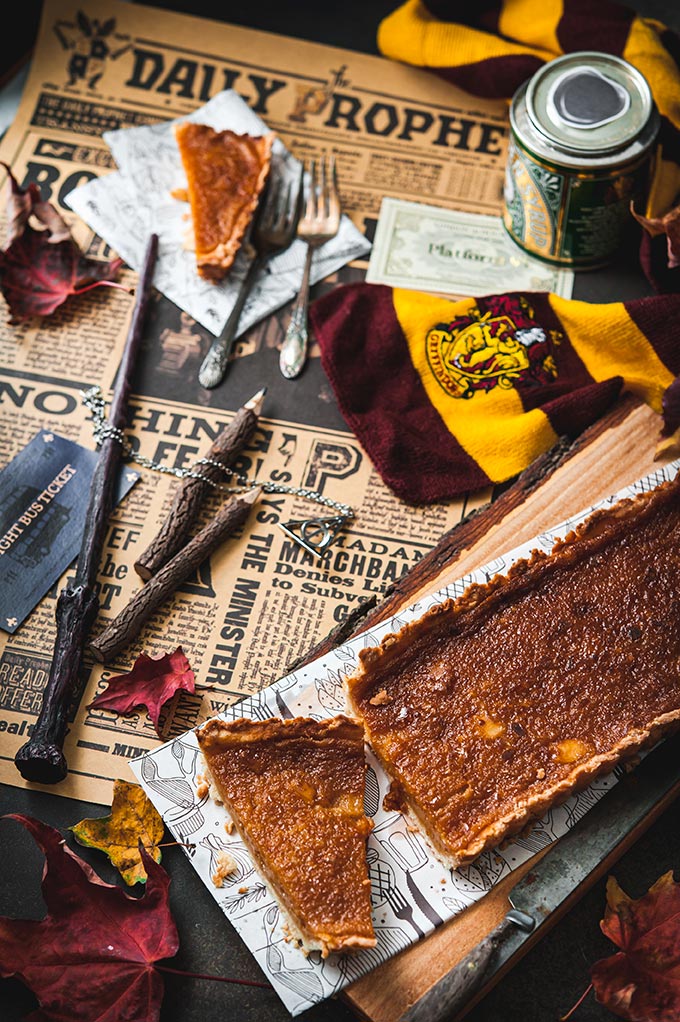 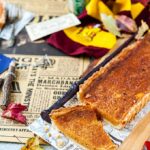 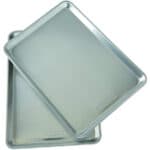 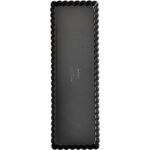 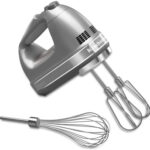 I originally posted this recipe on May 18, 2009. I cringe a bit (a lot) but here are the photos from back then. Haha. Note my clever use of a chopstick to imitate a magic wand. 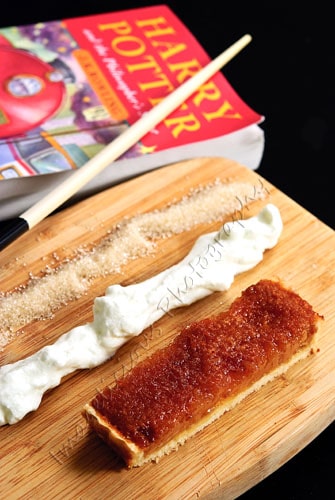 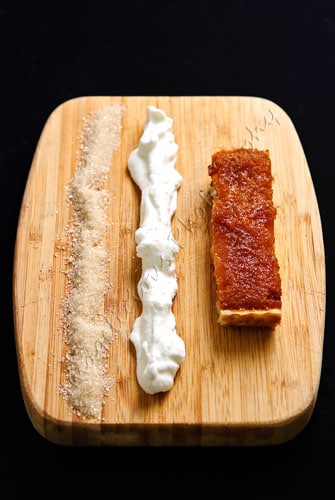