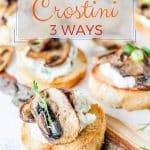 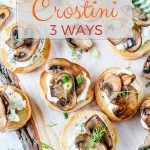 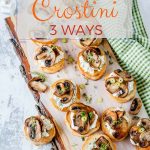 Mushroom Crostini is delicious and elegant appetizer that is really easy to make and is perfect for any time of the year. Made with ricotta, sour cream, or cream cheese, and, of course, perfectly sautéed mushrooms, they will satisfy any taste. 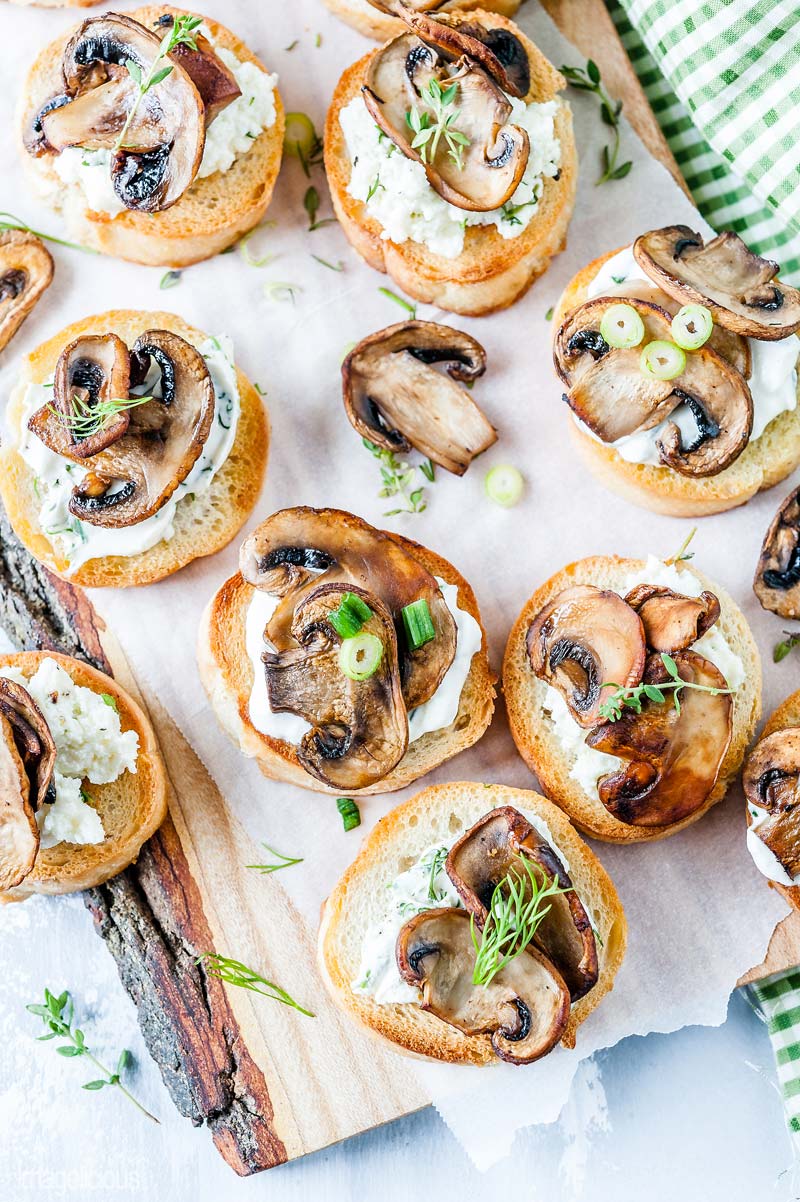 A few months ago I wrote about my newfound love for mushrooms. I discovered an amazing way of how to cook perfect mushrooms every time and I haven’t stopped cooking them since.

When we have people over I usually opt for a very easy and hands-off entree. In the cooler months it’s some kind of roast, in the summer it’s steak or burgers on the BBQ. And these perfect mushrooms are a perfect accompaniment to the meal. 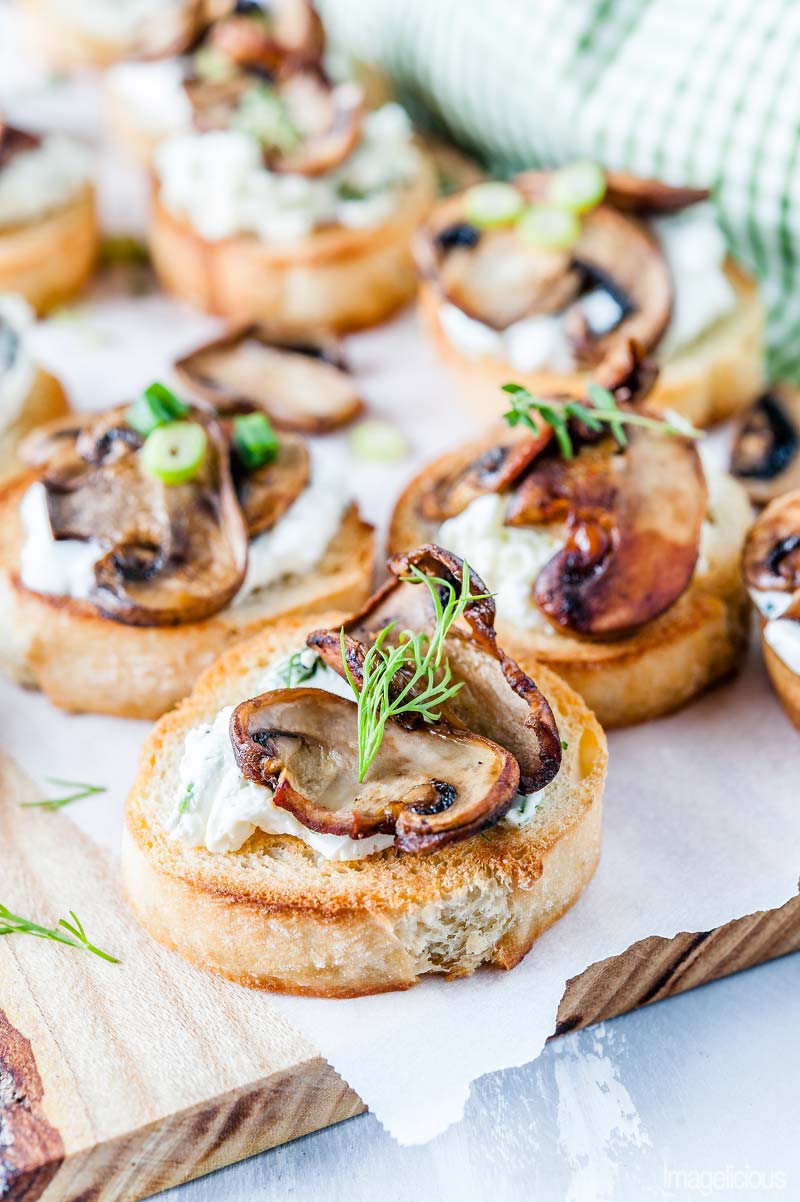 However, I’ve been meaning to make something else with the mushrooms for a while now. I wanted to preserve my favourite way of cooking them but add some kind of twist to the recipe.

I love crostini so my mind immediately went to my tried and true flavour combination of ricotta and thyme. But then I thought of the classic and very traditional Russian combination of sour cream and mushrooms.

And then my mind wondered even more and I thought that mushrooms with cream cheese would be perfect. So, I came up with Mushroom Crostini 3 Ways.

All three delicious, all three easy, all three flavourful and very affordable. 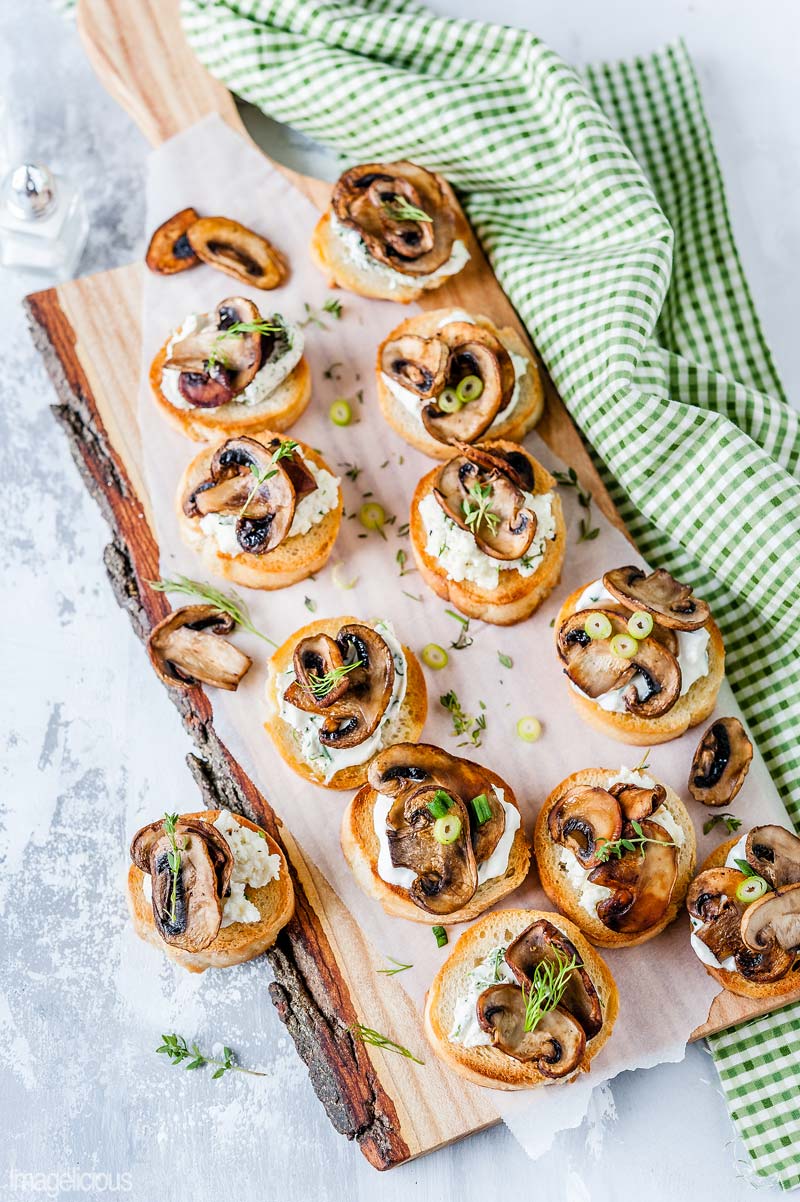 How to make Mushroom Crostini

Not only these Mushroom Crostini are easy to make, they are also perfect to make for a dinner party as individual components could be made in advance and they only take a few minutes to assemble before guests come over.

Being Russian my favourite is sour cream and green onion Mushroom Crostini but I really like all three. They look gorgeous on a table and taste amazing. The recipe can easily be doubled or tripled if needed. 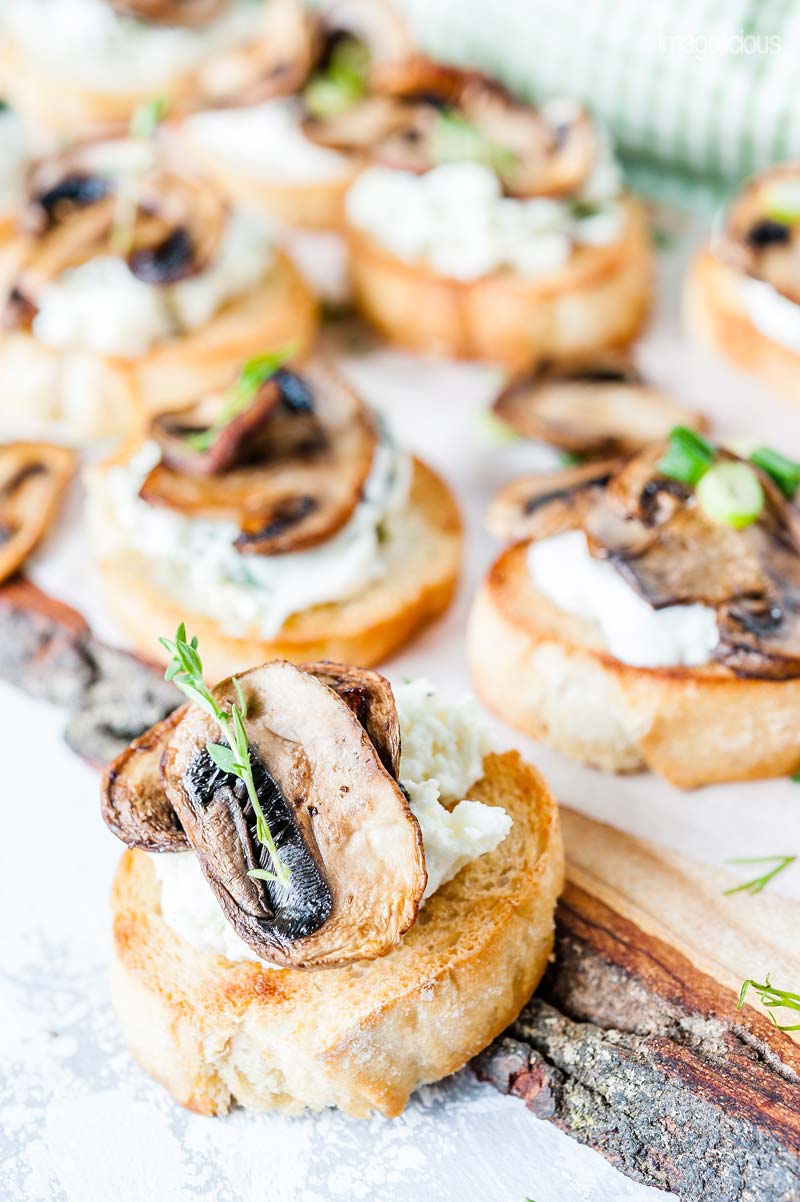 Can you store Mushroom Crostini?

You can’t really store assembled Mushroom Crostini as the baguette would get soggy after a while. However, you can store individual components easily.

Toasted baguette could be stored at room temperature for a day or two if you live in dry climate. Humid summer days may not work though.

Ricotta, sour cream, and cream cheese fillings can be stored in an airtight container in the fridge for about 3 days.

And cooked mushrooms can also be stored for a couple of days in the fridge. 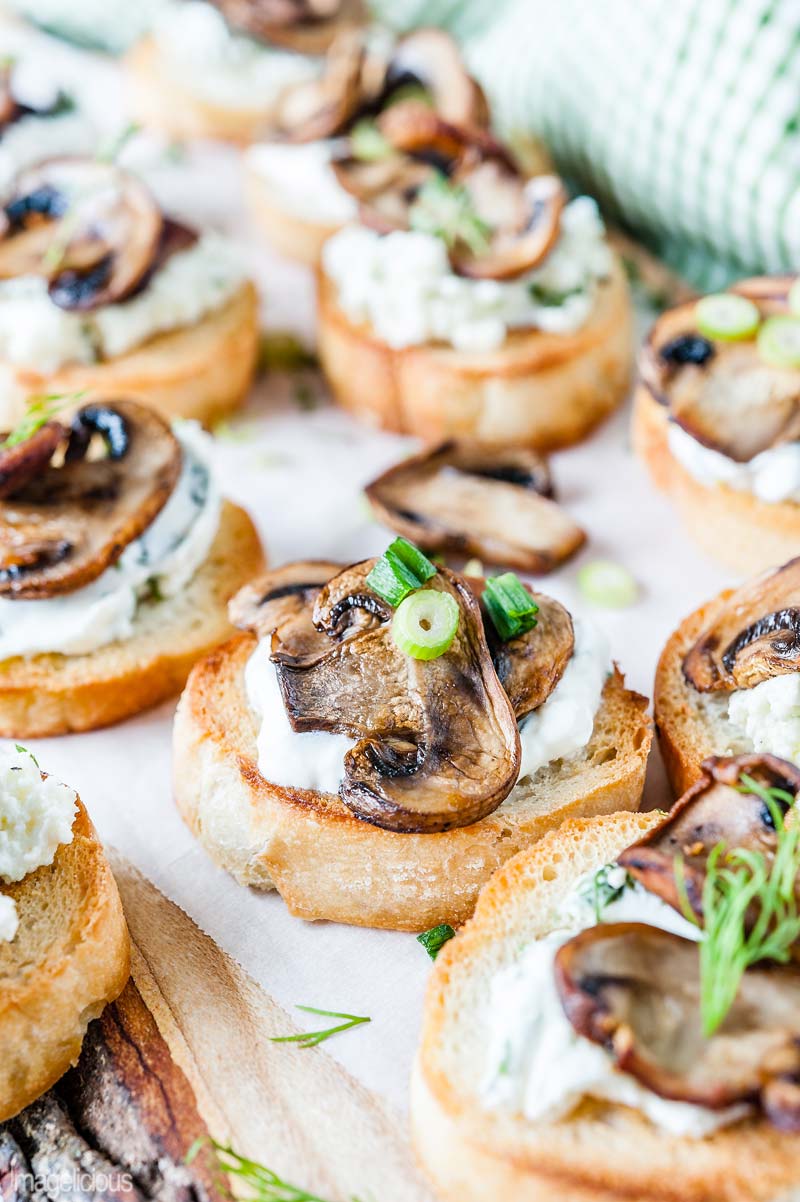 If you love mushrooms, don’t forget to check my other Mushroom Recipes 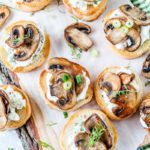 Mushroom Crostini is delicious and elegant appetizer that is really easy to make and is perfect for any time of the year. Made with ricotta, sour cream, or cream cheese, and, of course, perfectly sautéed mushrooms, they will satisfy any taste | Imagelicious
Course Appetizer
Prep Time 5 minutes
Cook Time 15 minutes
Total Time 20 minutes
Servings 12
Calories 81kcal
Author Julia

You might have a little bit of each spread left over. Feel free to make a couple more crostini with it.