This is not a new recipe. I tried it first time two years ago around the holidays and it was a hit, but I never got a chance to post it here on my blog. Actually, I haven’t really posted anything on my blog for about two years until a few months ago. Oh, well… 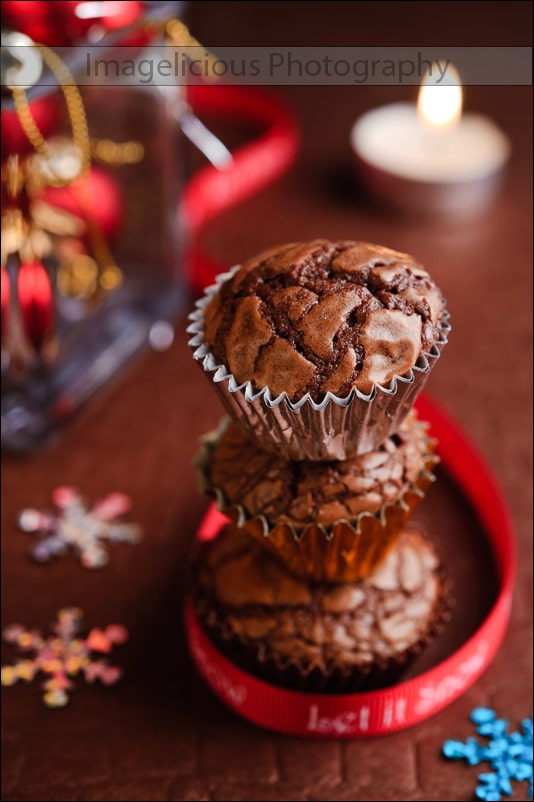 Recently I went to Costco (yes, with all my love for tiny markets and organic shops, I really like Costco!) and they had a good deal on two giant Nutella jars. I contemplated it for some time, but decided against buying it. I don’t bake now as often as I used to and although eating spoonfuls of velvety chocolate-hazelnut spread right out of the jar is my idea of a mini-heaven, it’s not really that healthy. So, I passed on that deal, but it got me thinking about Nutella and I remembered those brownies.

That was one of the easiest recipes I’ve made and to be honest I was really skeptical in the beginning. I mean, it’s only three (3!!) ingredients. How could they make something yummy? But I was wrong to doubt, the result was quite good – dense little cakes with moist centre and a hint of hazelnut. Now, writing about these brownies makes me want to go into my kitchen and bake a batch of them. Perhaps, even experiment a little bit and add a teaspoon of hazelnut extract and some chopped nuts on top… But that will have to wait, there are too many other recipes in line.

A couple of comments and notes: