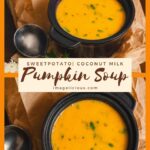 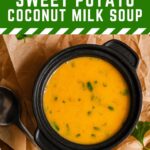 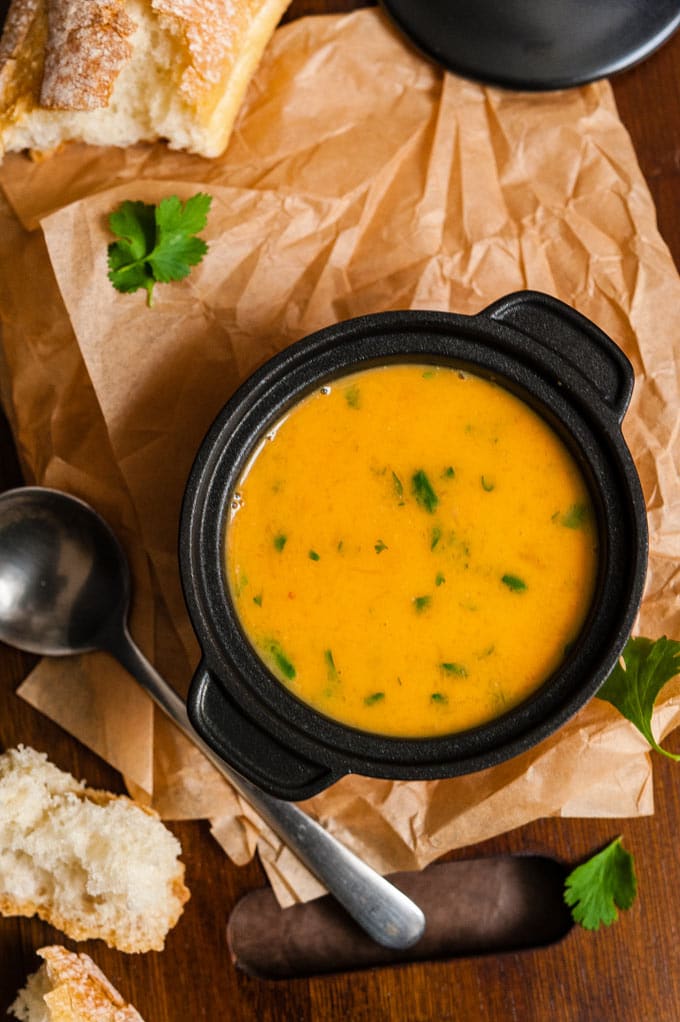 This recipe first appeared on April 1, 2009 and is now updated.

I have made this Pumpkin, Sweet Potato and Coconut Milk Soup many times in the last many years. It’s easy, delicious, sweet, cozy, and comforting.

I don’t always follow the precise measuring of the ingredients. Sometimes I use more sweet potato or more pumpkin. More often than not I don’t use leeks because I simply forget to buy them.

This Pumpkin Soup is really smooth and creamy even though it doesn’t actually have any cream in it. There’s coconut milk added to the soup to make it extra luscious, so it is also not only vegetarian but also vegan.

I like adding chili powder or cayenne pepper to the soup to counteract the sweetness of the pumpkin and sweet potato. It’s a perfect soup for a cool fall evening! And if you love pumpkin soups then you need to try Curried Pumpkin Soup from Garlic and Zest. 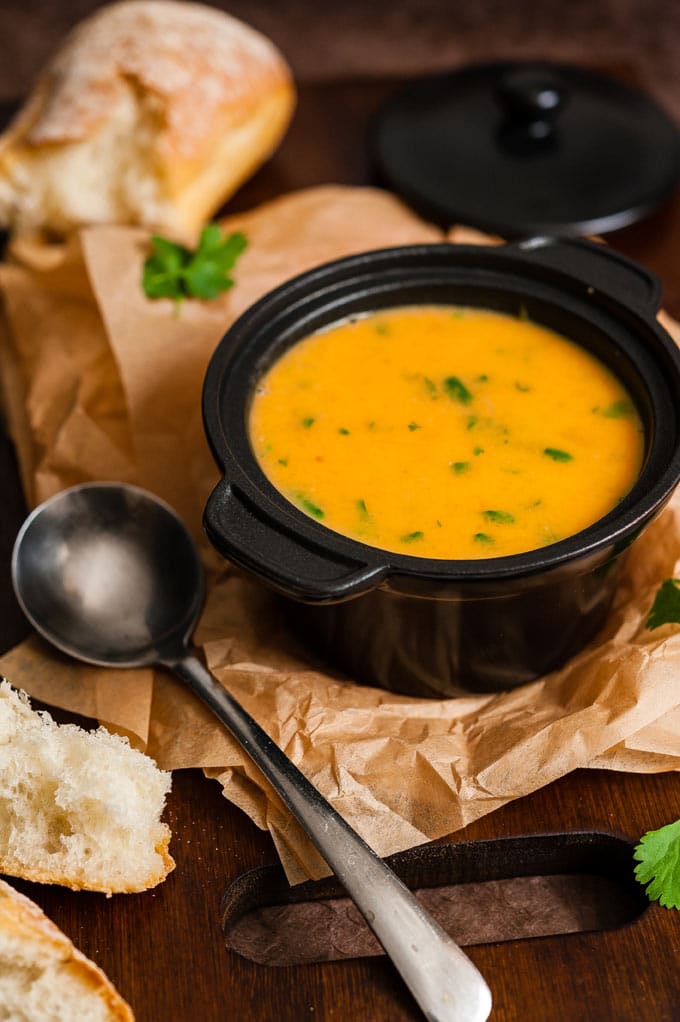 How to make Pumpkin, Sweet Potato and Coconut Milk Soup

The most difficult thing in this recipe is actually prepping the ingredients: peeling and chopping the pumpkin and sweet potato.

But here’s the thing, it costs a little bit extra but most grocery stores now sell peeled and cut sweet potato and pumpkin in the refrigerated section with the salads. So, if you really don’t feel like doing a lot of prep but still want to have a home-cooked and comforting soup then it is a great option.

TIP: I like to start sauteing the onions and leeks first and then peel the potatoes and pumpkin, this way I feel that I multitask a little bit and save a few minutes. 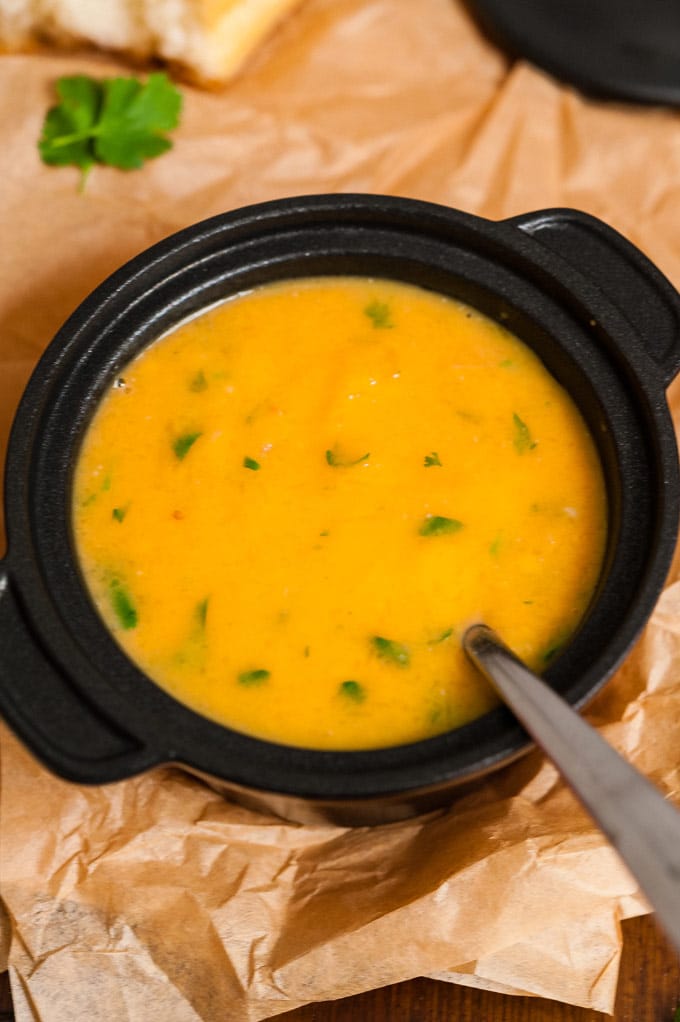 This Pumpkin Soup is delicious on its own but  it also can be changed up in many different ways. Here are some ideas:

Can you use canned pumpkin in this soup?

I am going to be honest and say that I have not tried doing it but I think it will work wonderfully. Here, in Canada, our most common pureed pumpkin can is about 400 ml, so this is what I would use for the recipe. If the cans you are using a smaller then adjust accordingly.

Just make sure that you  are actually using pure pureed canned pumpkin and not pumpkin pie filling.

These recipes all use canned pumpkin but you can make your own pumpkin puree. 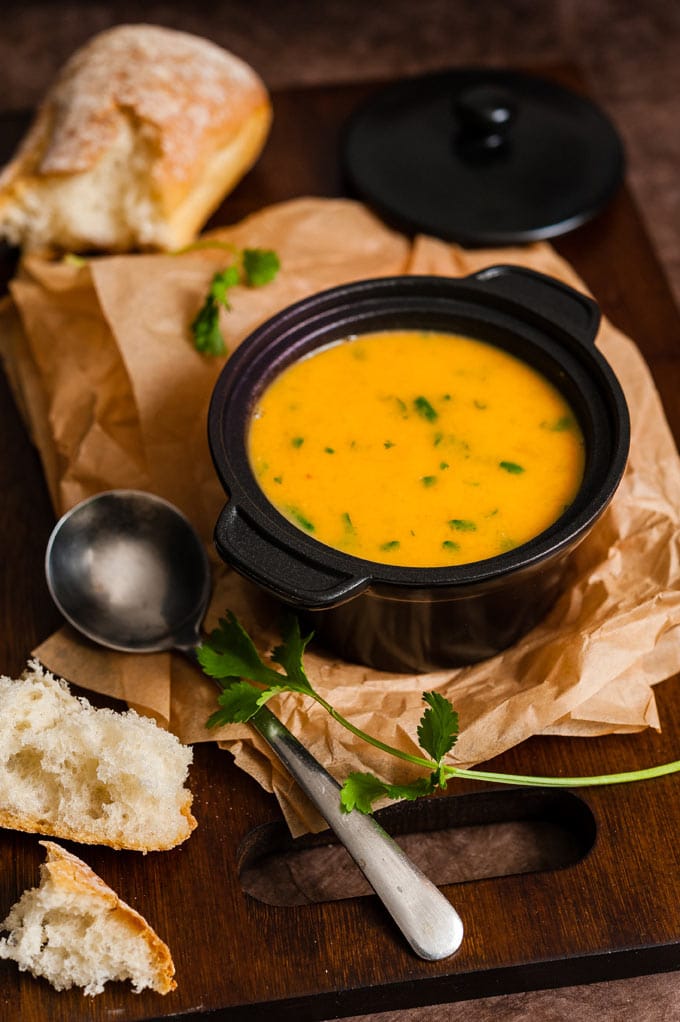 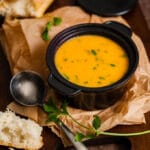 And just for fun, here’s the original picture that I posted back in 2009. 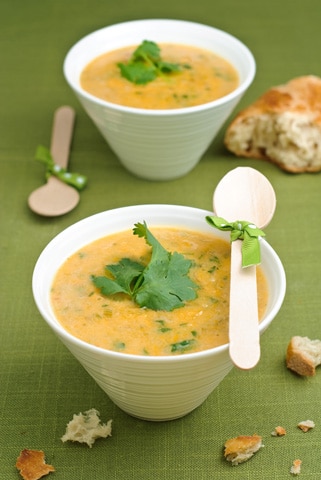