When I was little I remember having olives in a bowl on the table during dinner parties. Those weren’t Greek Kalamata olives with shiny black skins, nor were they Spanish green Manzanillas plump and briny. Vaguely I knew that olives had a pit but I’ve never seen them whole. The olives we had came from a can with their ends chopped off and the seed taken out. They were soft and mushy, barely salty and oh, so good! I still have a spot for these olives, you know the ones that you get as a topping on pizza and they don’t even taste like olives? 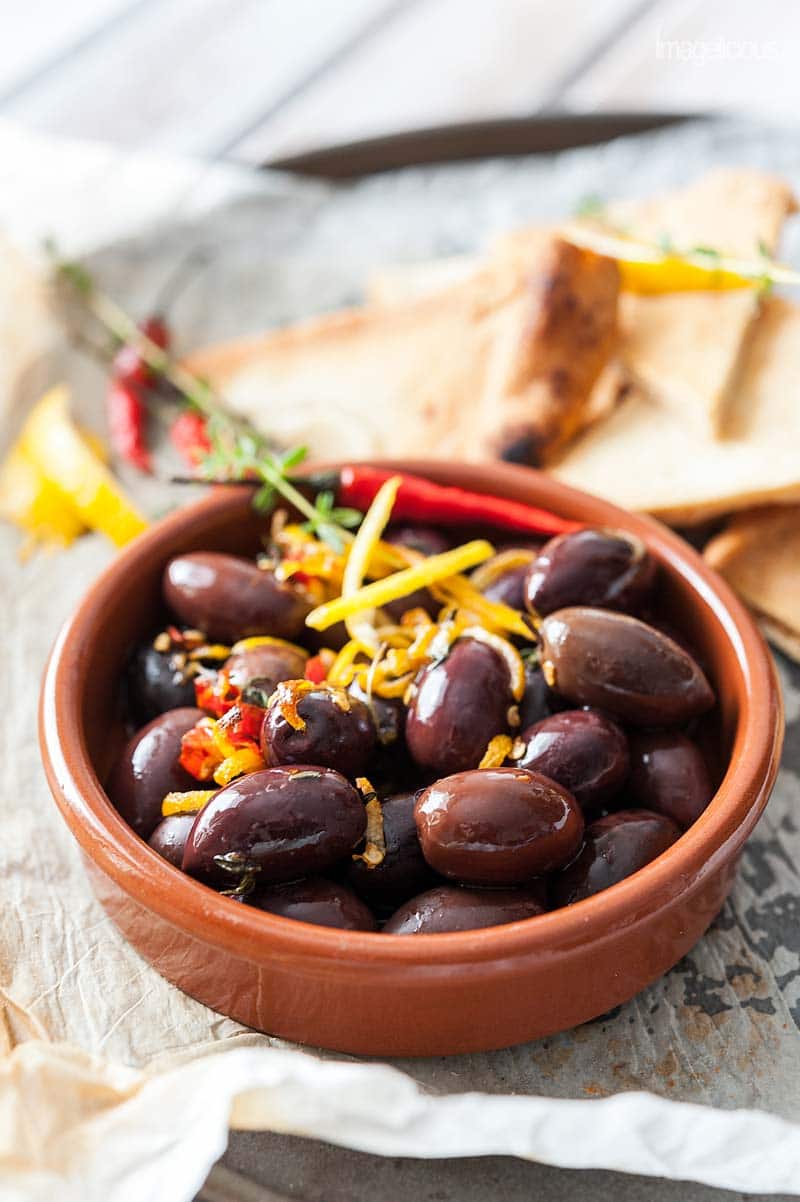 Nowadays I also always have a bowl of olives on the table when I entertain. I am partial to Kalamatas with their distinct meaty flesh but I buy other kinds too. With all my love for olives I have never tried baking them. So, when I saw a recipe for Citrus Baked Olives from Leslie of From Pasta to Paleo I knew I had to make them.

This post is my second in the #RecipeNod series. It’s a wonderful way of connecting with other bloggers and trying their recipes. Every month we randomly get matched with another blog and then we have to make their recipe and share it. For the month of February I got matched with Leslie from From Pasta to Paleo blog and by chance she got matched with me! If you are wondering she made my Quick Chocolate Brownies but she used Almond Butter instead of Peanut butter which sounds delicious.

Back to the olives. I loosely followed Leslie’s recipe. I used all the ingredients that she specified except for rosemary which I simply forgot to purchase. I didn’t measure the ingredients adding a bit more thyme and a bit less olive oil. To be honest, I didn’t expect much but I was so pleasantly surprised – the olives turned out amazing! The sharp brininess mellowed out and olives became almost buttery. Thyme and chili peppers made the olives earthy and spicy. Lemon added a much needed brightness to the flavour. The recipe was so easy with such common ingredients that I really wasn’t ready for such unique transformation. I am definitely going to be making these olives from now on! Thank you, Leslie, for such a wonderful recipe! 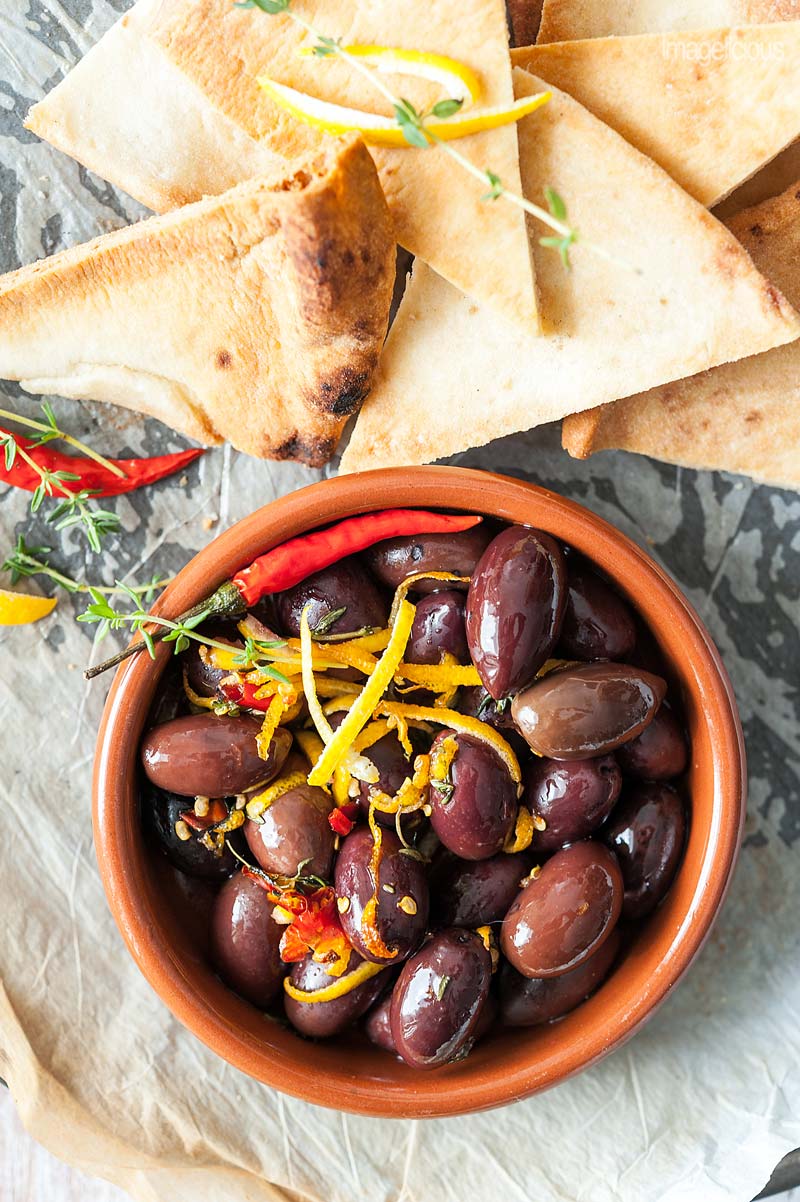