Disclosure: This post is sponsored by REESE as part of their #DoYouSpoon campaign, however all opinions are my own.

There is time for elaborate cakes with frostings and syrups and fillings. There’s time for triple layer bars and swirl brownies. There’s time for double baked biscotti with drizzles and sprinkles. And there’s time for simple cookies. Cookies that don’t require softened and creamed butter. Dough that doesn’t need to be chilled and rolled and cut. Dessert that comes together in five minutes while drinking your first cup of coffee at 7 o’clock on a weekend morning while struggling to keep your eyes open.

And when it’s gloomy outside and the coffee hasn’t kicked in yet, there’s no need for precise measuring and whisking and folding and rolling. It’s time for something simple. Something that comes together in a few minutes and fills your kitchen and your soul with warm smells of sugar and chocolate.

I’ve made these cookies twice while experimenting with exact measurements. Both recipes turned out delicious, and the only difference between versions is the amount of flour. The first time I made the cookies I used one whole cup of flour, which made soft and cakey cookies that didn’t spread while baking and were really similar to bite-size cakes.

Second version that I’m posting here used only half a cup of flour, which resulted in thin and chewy cookies. The texture was quite unique and reminded me of soft butterscotch candy, just a little bit sticky. The peanut butter flavour is understated, but still there. It’s not overwhelming, it lingers in the aftertaste of the cookies and makes the cookies extremely satisfying yet not overpowering. 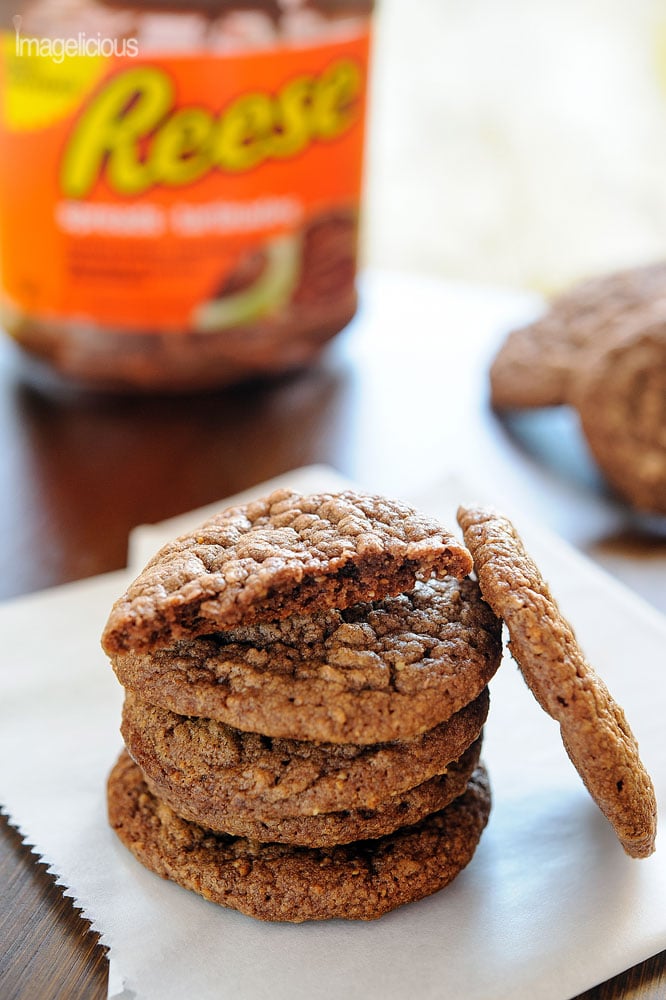 – Spray or swirl a measuring cup with oil before adding the spread, this way it’ll come out easier and won’t stick.

– It’ll seem like there’s not enough flour, but half a cup is enough. However, you can add more flour. The more flour you add, the less it’ll spread and the less chewy it’ll be.

– Cookies were pretty soft after 13 minutes of baking, but they harden once they cool. Don’t over bake! 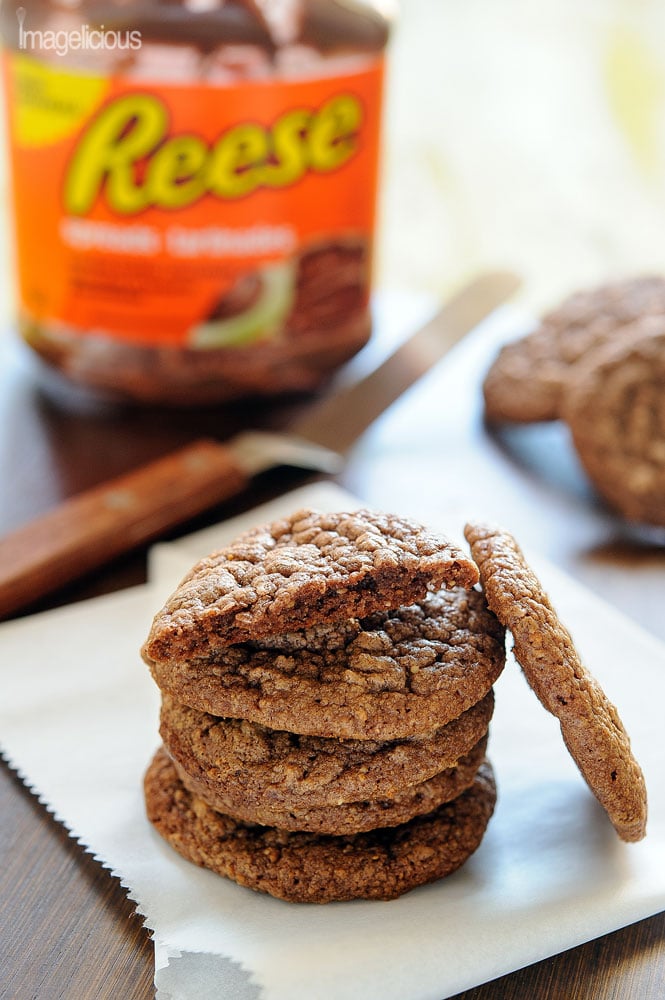