Ricotta and Pumpkin Waffles are perfect for brunch in the fall. Pumpkin melts into the batter and ricotta gives the pancakes a slightly tangy flavour. Crisp edges provide a jarring contrast to the soft and airy middle. Cinnamon, ginger, vanilla, and cloves make the waffles comforting and familiar. 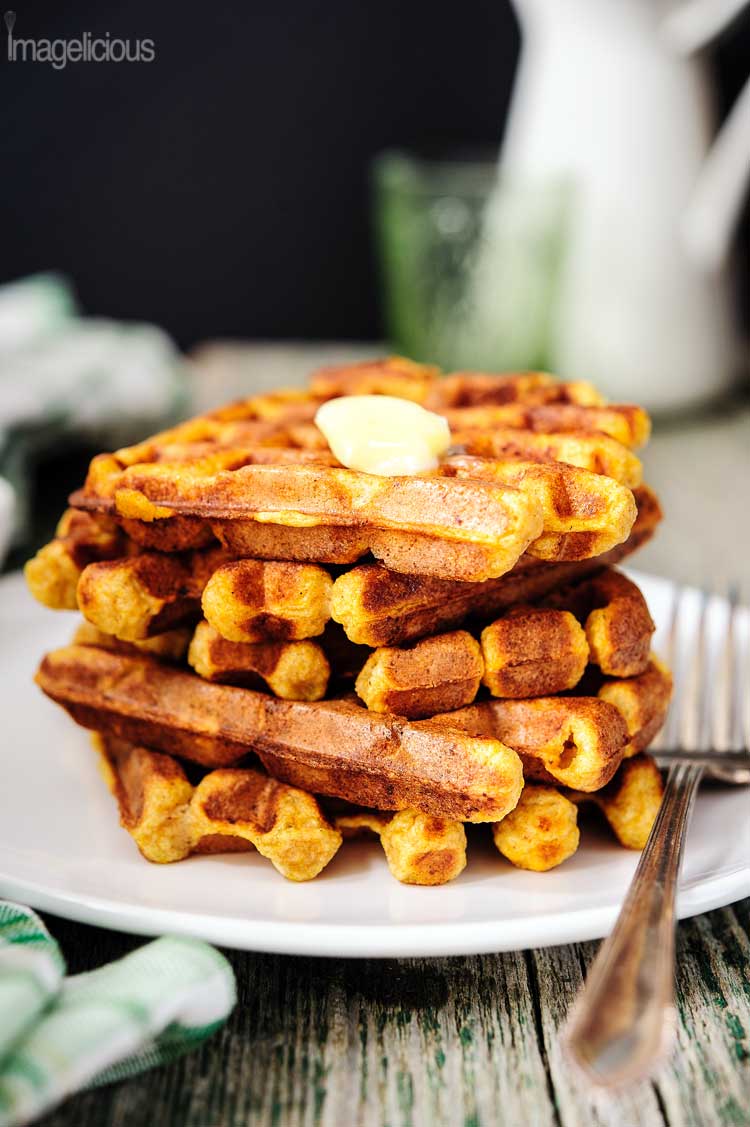 I have about a dozen kitchen appliances. There are common ones such as toaster, electric kettle, mixers, and food processors, also more exotic ones like T-Fal ActiFry. I have a few cookers too: Rice cooker (used regularly); slow cooker (new addition to my kitchen). And there are also various makers: Popcorn maker (rarely used, I prefer old fashion popcorn made on the stove); ice cream maker (used maybe once a year in the summer); espresso maker (Nespresso is used daily and sometimes twice daily) and waffle maker.

I bought my waffle maker five years ago. I was not sure I needed it and I did not use it often for the first few years. Now I cannot imagine not having it. I don’t use daily or even weekly, but I make waffles regularly. I find that making waffles is easier than pancakes (less watching and flipping). Also, I still have the childhood excitement of having waffles. For some reasons waffles just seem much more festive than pancakes. I always use pancake batter for waffles even though I read that waffles usually have a lot more oil or butter in them. I don’t think there’s any difference in taste whether there’s a table spoon of butter or a whole stick added to the recipe, so why not save some calories?

Most of the time I make my Yogurt Waffles, on occasion I indulge in Banana Bread Waffles, in the winter I make Gingerbread Waffles that I always mix on the go, so there’s no definite recipe (yet), but out of all my waffle experiments, I have never added ricotta into the batter before. This time, however, I decided to adapt my Pumpkin-Ricotta Pancake recipe and make Pumpkin and Ricotta Waffles. The result was incredible.

Pumpkin melted into the batter and ricotta gave the pancakes a very milky and slightly tangy flavour. Crisp edges provided a jarring contrast to the soft and airy middle. Cinnamon, ginger, vanilla, and cloves made the waffles comforting and familiar. Even with only two tablespoons of sugar, I did not eat these Pumpkin and Ricotta Waffles with maple syrup as there was enough sweetness and I wanted to savour them just as they were. 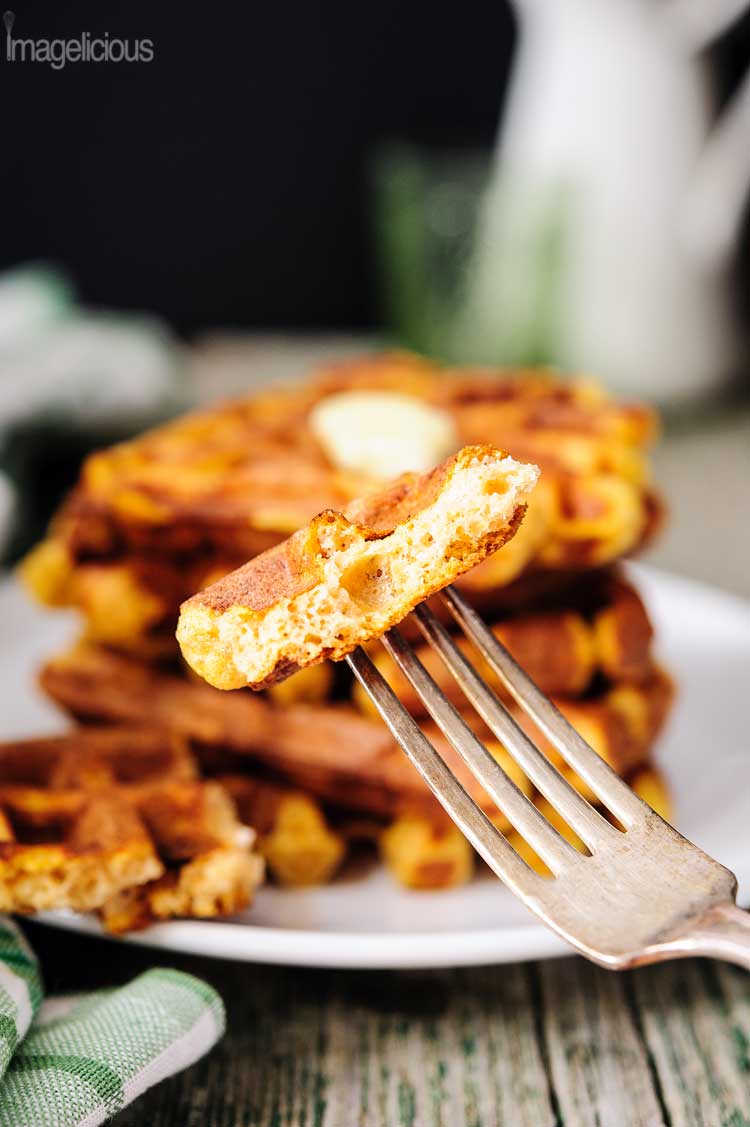 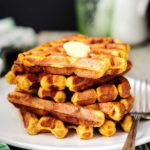 Tried this recipe?Leave me a comment with a star rating!
Mention or tag @Imagelicious