This Cheesecake, just like many other recipes that I make, brings me back to my childhood. It was a welcome sight for a weekend breakfast or sometimes even dinner. I loved it hot straight out of the oven, or cold with a glass of milk. It was a delicious snack in the afternoon after I’d come home from school or playing outside and a few hours before dinner.

In Russia this Cheesecake is often considered to be breakfast food, not dessert. It’s also considered to be a healthy, even diet food. That’s mainly because of the magical properties that people attribute to Farmers Cheese. It’s honestly considered to be a panacea for pretty much everything including gaining weight and losing weight. I know, I know, how can the same ingredient be used for both? Well, if you are lucky enough to go to a Russian grocery store, you’ll see that there are at least half a dozen of different Farmers Cheeses available, starting from 1% fat and going all the way to 20-30%. The good thing is that if you are able to buy it, then you need the lowest fat version for this recipe. If you are not able to experience the wonders of Russian grocery stores, then don’t worry, you can make your own Homemade Farmers Cheese at home and although it takes a few days, it’s actually a very easy process. And, if worst comes to worst, then you can use ricotta too, just drain it for a few hours to remove the whey.

This is not a traditional american cheesecake. It has a different texture and different flavour. I was hesitant even calling it cheesecake, but I could not really come up with another name other than “Traditional Russian Farmers Cheese Baked Dessert” and that doesn’t sound that exciting, does it? 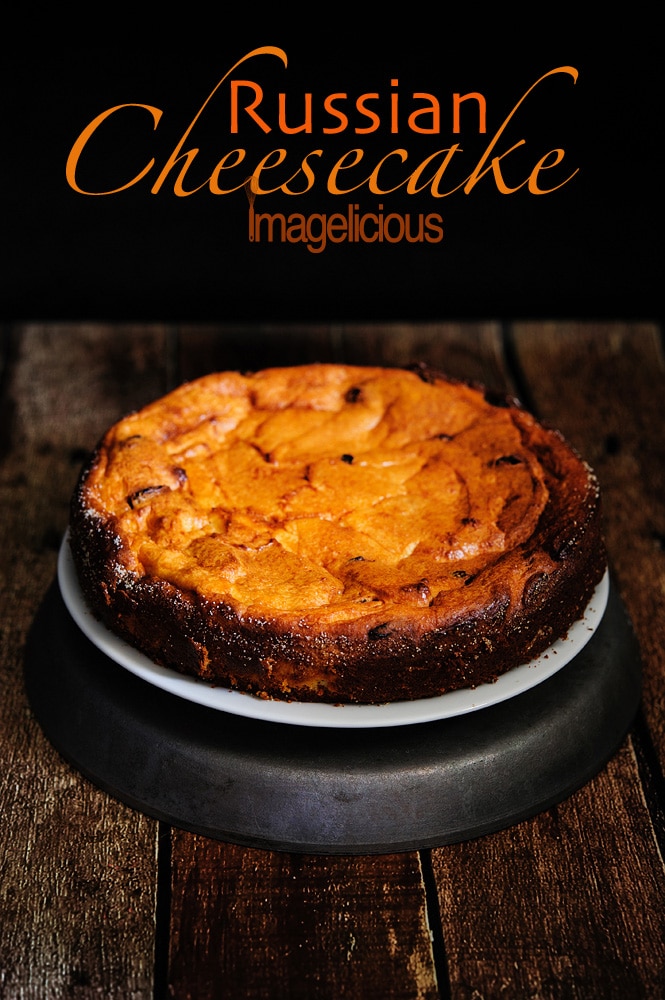 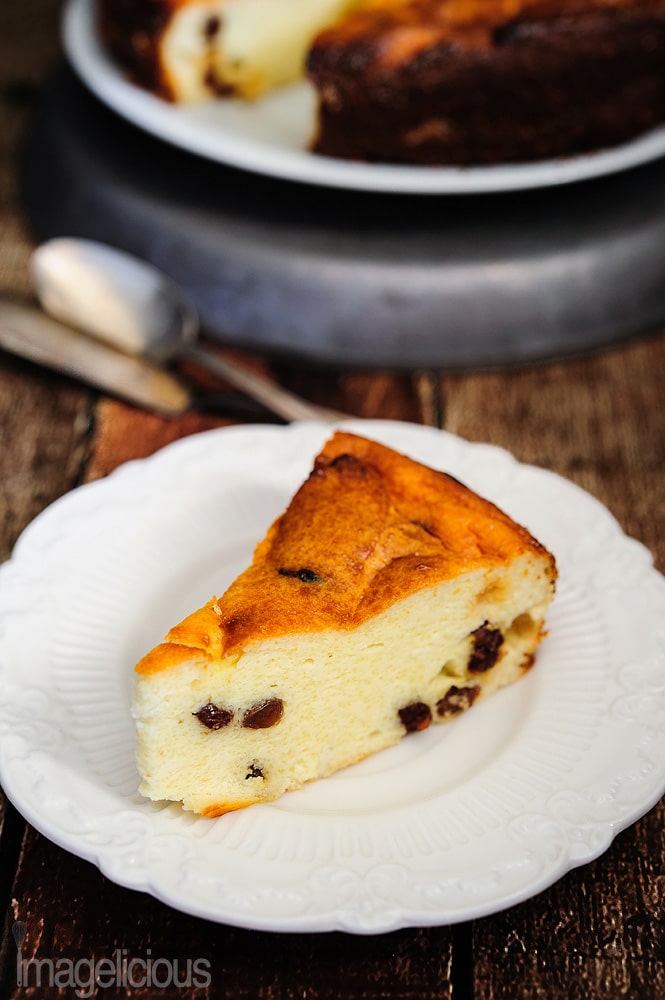 – I love using raisins in this cake and it’s a very traditional filling, however they are not needed. If you decide to make this cheesecake plain, then you may want to increase sugar to 2/3 cup or more since raisins provide additional sweetness for the cake.

– You can also add some other flavourings instead of raisins. This cake is sometimes made with dried chopped apricots or candied orange peel.

– Cream of wheat is also technically not required. I love how it adds crunch to the edges of the cake. It also makes it more “sturdy”. You could omit it and make it gluten-free. Texture will change and will actually become smoother and creamier.

– After you take the cake out of the oven, it’ll fall a little bit. Don’t worry, it’s totally normal. 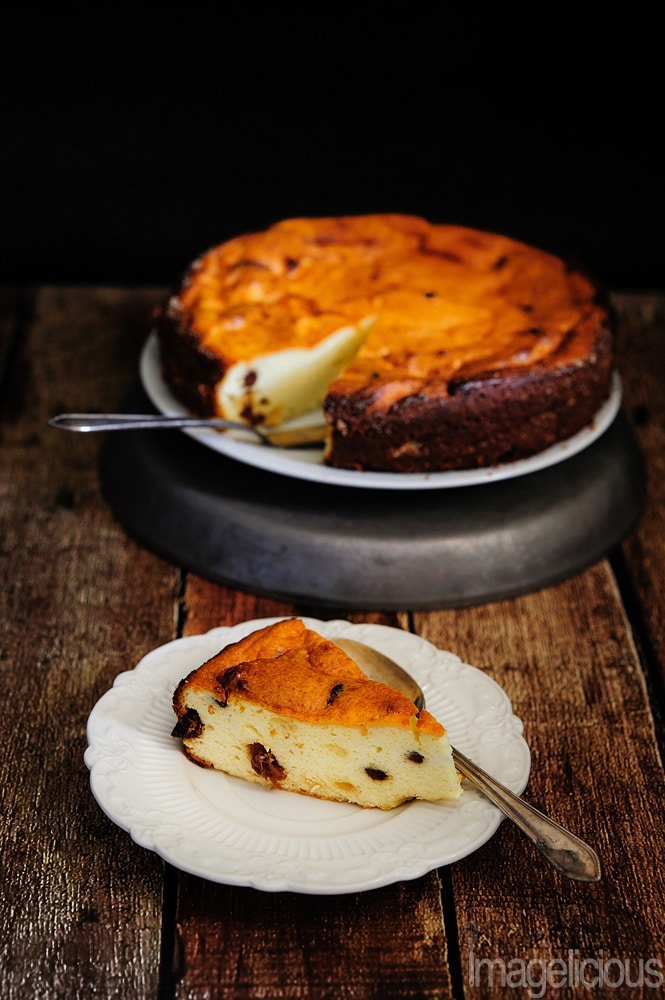