It’s Canada Day here and since it’s Wednesday, we don’t get a long weekend, but instead a nice break in the middle of the week. I often go strawberry picking on July 1st, but it’s gloomy outside, so I decided to skip it this year. Besides, I’ve been baking so much lately that I can’t (or better shouldn’t) have more fruit at home as I’ll be tempted to bake something something else with it.

However, I still have an amazing Strawberry recipe to share. I’ve made this cake many times before and I am always amazed at the flavours and textures of this dessert. Original Russian recipe is called “Dream Cake” and I can totally understand why. After I made this cake for the first time I couldn’t wait to make it again. Then when strawberry season came a year later, I kept dreaming about this cake over and over again.

It’s not an overly difficult cake to make and the recipe is pretty forgiving, but it is not really simple. The bottom layer is a cross between shortbread and cake. It’s sweet and light and a perfect vehicle for juicy strawberries. Bright fruit is then covered by a layer of light meringue which gets dry and crispy over the edges, but is still soft and marshmallow-y inside. And to make this cake different from the other kinds of meringue cakes, the same dough that is used for the bottom layer is grated over the meringue; when baked, the topping contrasts so well with the softness of the marshmallow and baked strawberries. 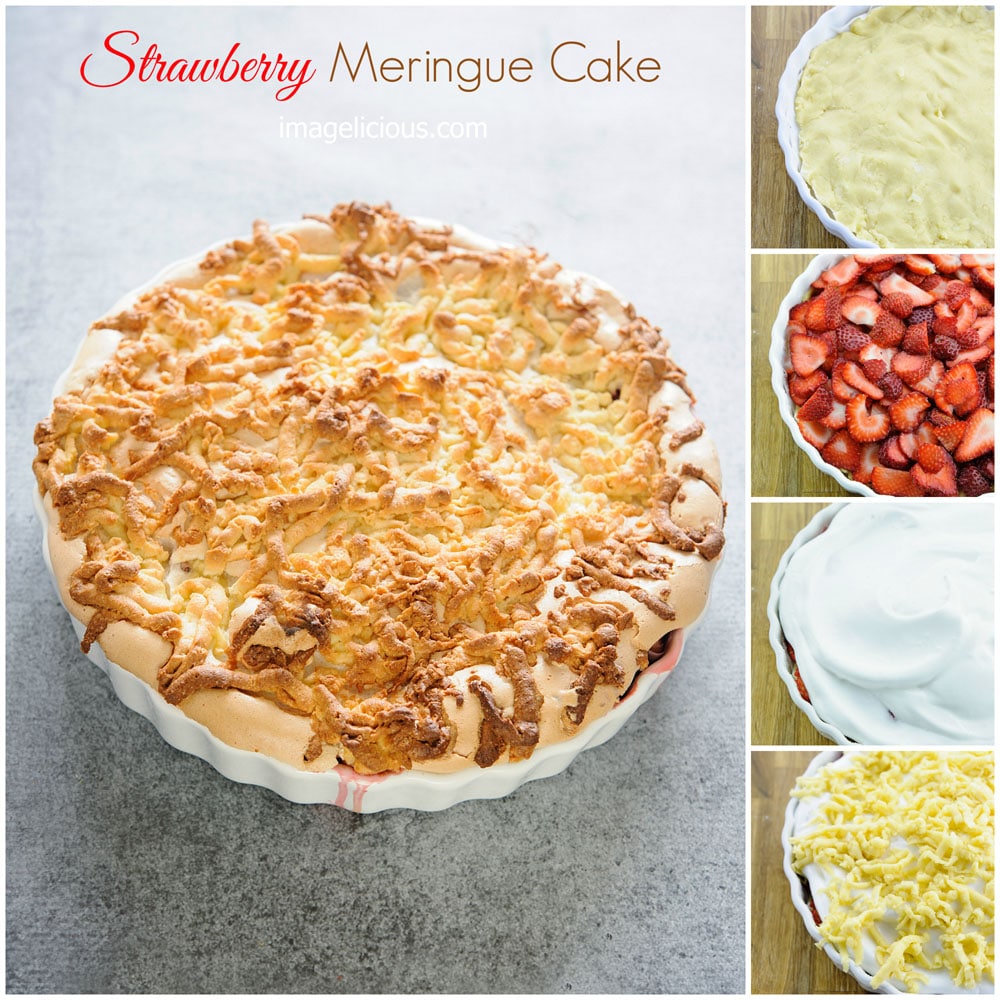 I have made a few tweaks over the years to the original recipe. Most notably I reduced the amount of butter used for the pastry, I added cream cheese to sub some of the butter since I like the slight sourness that it brings to the dough and I added some greek yogurt as well. These substitutions made the pastry more cakey. You can use all butter to get a crumblier shortbread texture of the bottom layer if you’d like. I also think that the amount of sugar could be reduced a little bit, but I have not experimented with it yet.

Comments
– As mentioned earlier, you can use all butter instead of the combination of butter, cream cheese and yogurt, just take about 180 grams of butter.

– Make sure that the smaller portion of the dough is chilled really well. This time I forgot to chill it for long, so it was really (I mean really really) difficult to great. Like ridiculously difficult since it was so soft!

– Meringue layer gets soft the next day. It’s still very good. I actually even like it more, but it’s different in terms of texture the next day.

– Apparently it can be made with apples too. I have never tried it with anything other than strawberries because it’s so good and I feel like I’d be cheating on one of my favourite cakes if I made it with some other fruit.

– Original recipe was for 9×13 pan, I’ve never made it in anything other than my pie plate, so I can’t guarantee that the proportions would work. 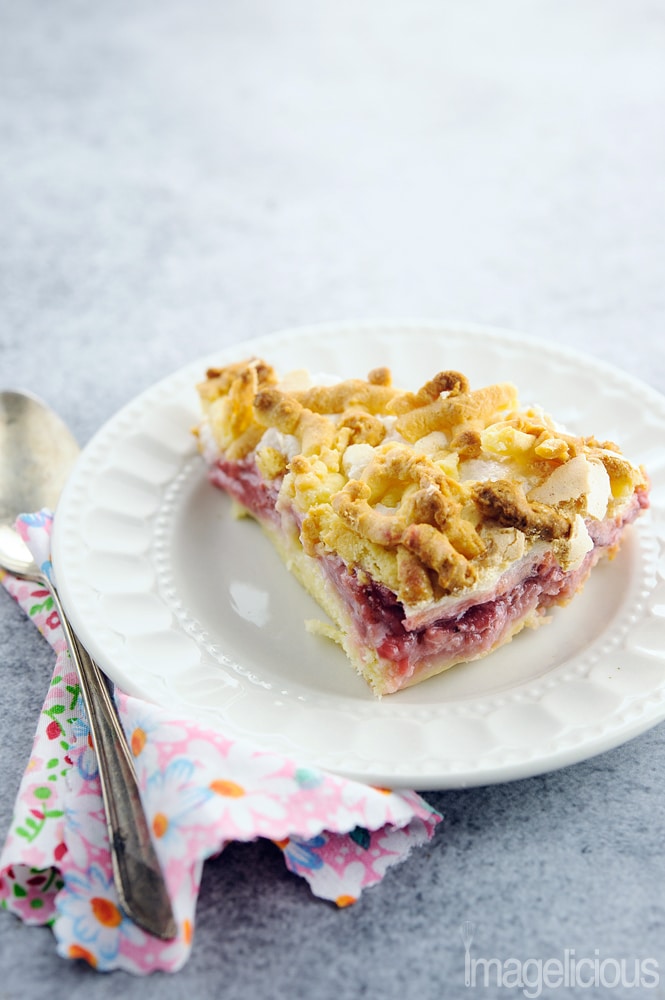