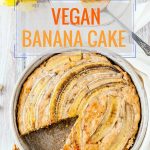 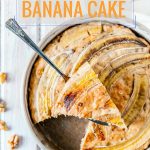 This Vegan Banana Cake (or Vegan Banana Bread) is the best banana cake you will ever have. You won’t miss butter or eggs in this recipe. It’s soft and flavourful with delicious banana flavour and studded with walnuts. Whether you call it Banana Cake or Banana Bread, you won’t be able to stop at just one slice. 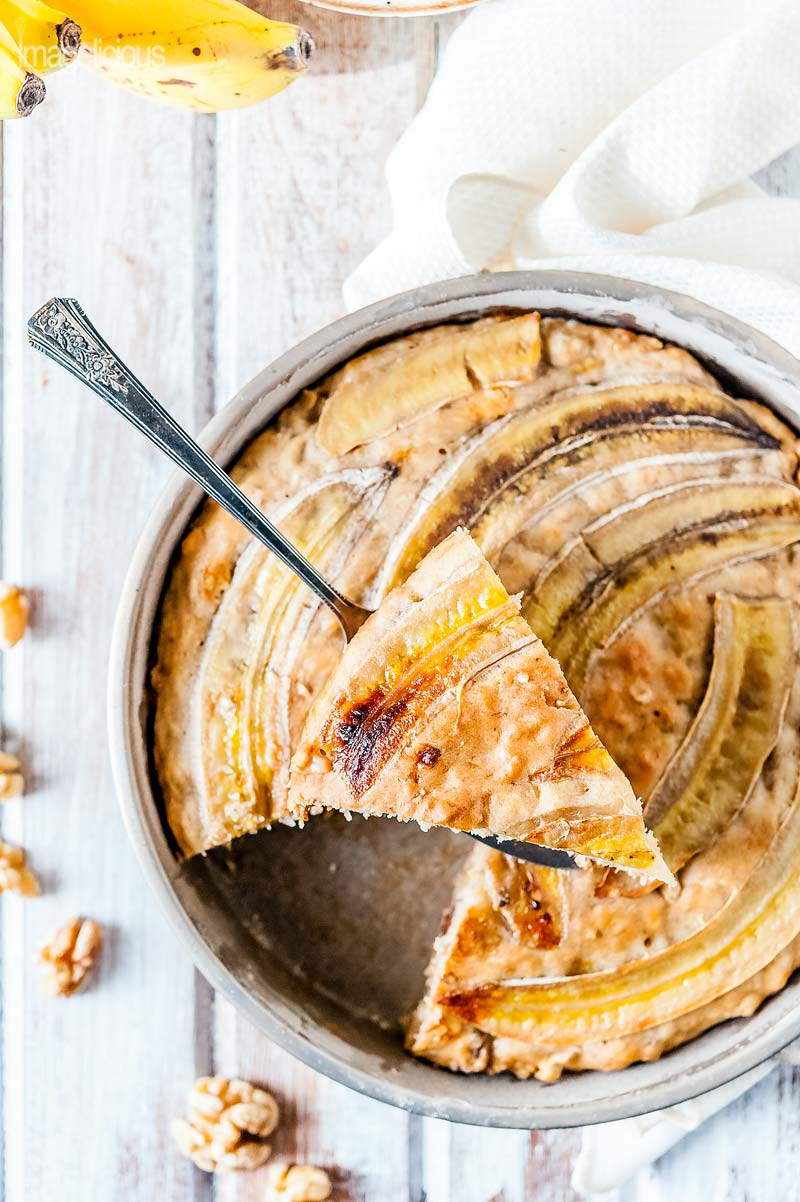 This post contains amazon affiliate links which means that if you purchase something after following one of those links, I will get a small commission.

I love banana cake and I have a really good recipe for it. I used to make it all the time until one day I had no greek yogurt so I knew I had to adapt the recipe. And once the yogurt was removed I thought that I might as well remove the eggs.

I came up with the recipe for this Vegan Banana Cake (or Vegan Banana Bread if you want to call it that) in February. Since then this is the only Banana Cake recipe I make and I’ve made it at least a dozen times (probably more).

We eat a lot of Vegan Banana Cake around here. And baby also loves it. I don’t give her a lot of it, maybe an inch wide piece or so but she loves it and asks for more. 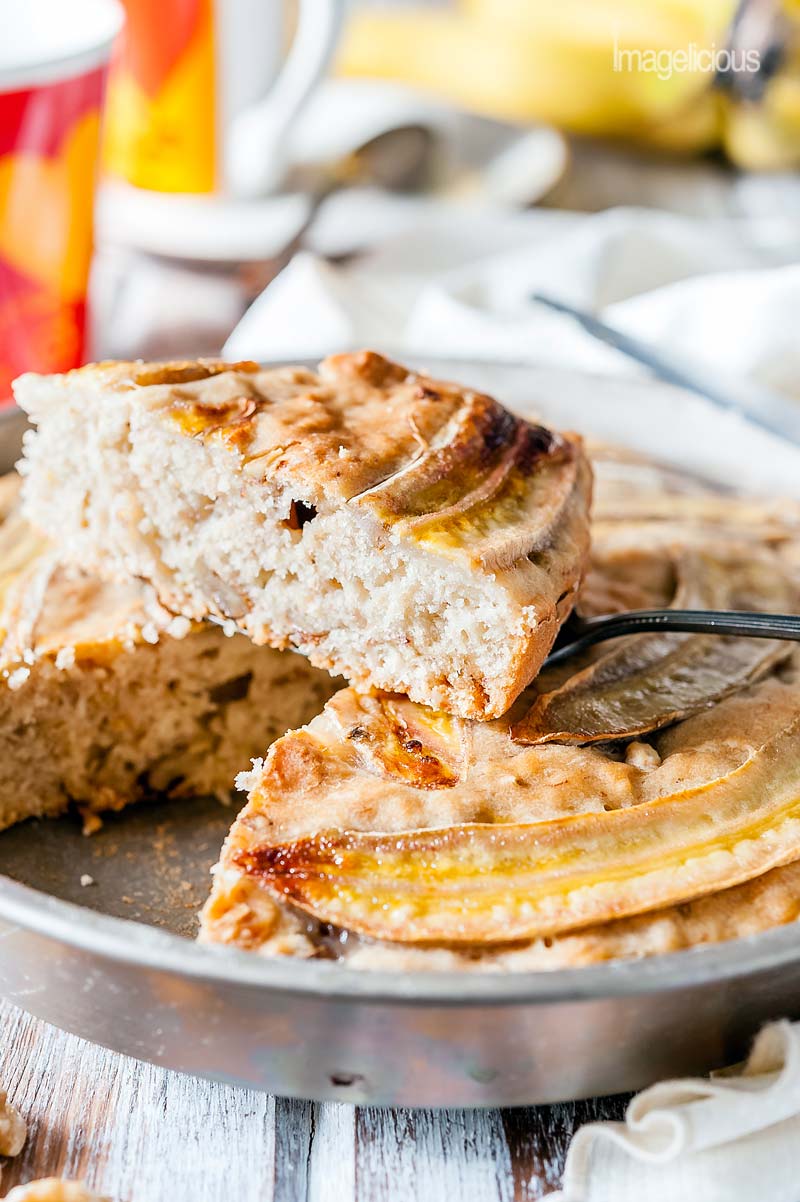 What I love about this Vegan Banana Bread recipe is that it’s super easy to make and you only need one bowl and one fork to mash the banana. You could technically switch to a spoon after but I often keep mixing everything with that fork so that there’s even less cleanup.

The cake turns out moist and delicious with intense banana flavour, studded with crunchy walnuts. I made it with pecans also (my favourite nut) but  walnuts just work better here. As with most my desserts I use a little bit of Orange Oil  – it’s one of those ingredients that I think everyone must have. Not should, not maybe, but it’s a must! 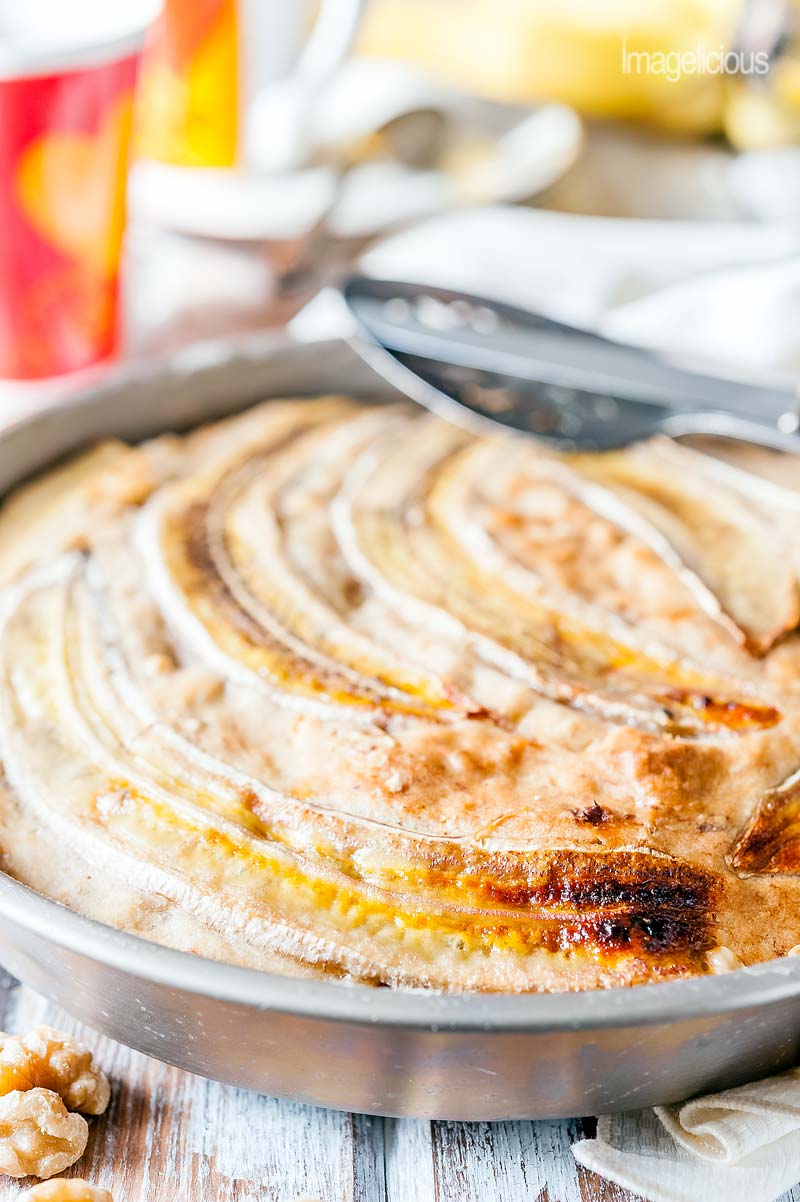 Can you make Vegan Banana Cake with just ONE banana?

Yes, you can!! Another great thing about this recipe for Vegan Banana Cake is that it could be made with just one banana. You might need to add a bit more sugar to make it sweeter but I actually don’t do that. And it will also bake faster since there will be a bit less moisture in the cake.

Well, enough talking about it. I just want to finish with this: it’s one of my absolutely favourite things to make and eat. It’s just plain good and delicious and easy and run to the kitchen and make it right now!! You should! It’s that good! 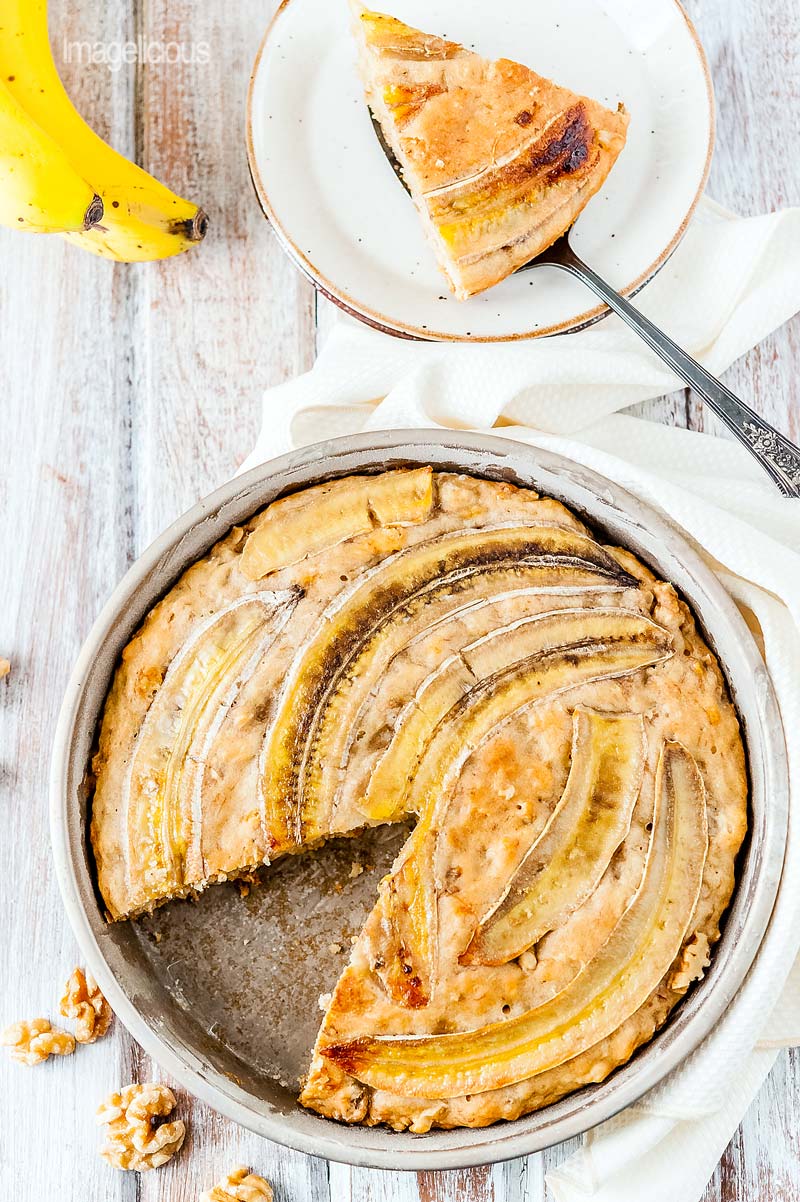 Would you like to try a few more vegan cakes? 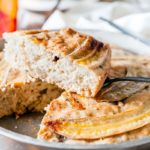 You could use just one banana for the base of the cake instead of two. If you use just one and you like sweeter desserts, then add another 1/8 cup of sugar. The cake might bake sooner so start checking after 55 minutes.